Home » The Making of Index Numbers in the early 1920s: A Closer Look at the Fisher–Mitchell Debate

The Making of Index Numbers in the early 1920s: A Closer Look at the Fisher–Mitchell Debate

Abstract: The systematic emergence of the axiomatic approach to index numbers took place in the early 1920s, a period marked by pluralism in American economics. Promoted by Irving Fisher, the axiomatic approach to index numbers aimed to select a universally valid, ideal formula for index numbers by employing a series of statistical tests. However, from the first presentation of Fisher’s approach, at the 1920 Annual Meeting of the American Statistical Association, to the publication of his book, The Making of Index Numbers, in 1922, he faced a series of criticisms, not addressed to his ideal formula per se, but rather aimed at the very idea that a universal formula for index numbers could be singled out. The main individuals involved in this debate were Wesley Mitchell, Warren Persons, Correa Walsh (who was Fisher’s only supporter), and Allyn Young. Among them, the foremost representative of Fisher’s antagonists was Mitchell. This study argues that the disagreements between Fisher and Mitchell result from their different backgrounds and their distinct understandings of economics as a “science.” Therefore, the objective of this study is to illustrate how Fisher, as a mathematical economist, privileged the universality of economic theories, while Mitchell, as an institutionalist, understood economics as a contextual and historical discipline, and how these preconceptions spilled over to their debates on index numbers. To illustrate their positions, this study explores their archival correspondence. 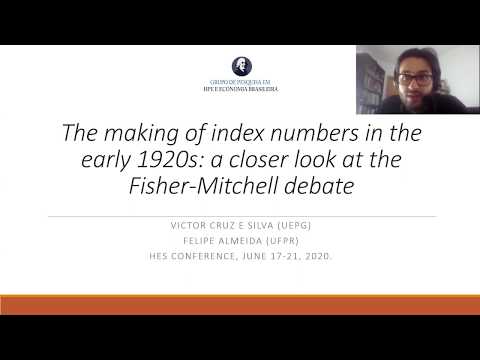